Guido, I wish that you and Lapo and I
Were carried off by magic
And put in a boat, which, ever time there was a wind,
Would sail on the ocean exactly where we wanted.

In this way storms and other dangerous weather
Wouldn't be able to harm us-
And I wish that, since we all were of one mind,
We'd go on wanting more and more to be together.

Invite yr child to imagine some magical transportation.
Kids love this! Finn chose a yellow magic rocket ship!
Ask yr child who they would love to invite on this journey.
Talk about friendship and the qualities that their friends have that they love.
We spent a lot of time on this portion.
Inquire where in the world or universe they want to go?
I talked with Finn about describing people and places.
Older kids can take off and write a story from this poetry prompt here.
Just allowing them to close their eyes and imagine and speak out loud works well. Try and display the poems around the house for more connections! 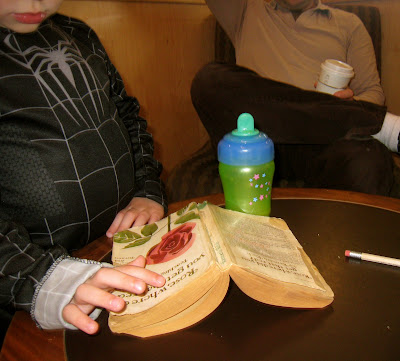 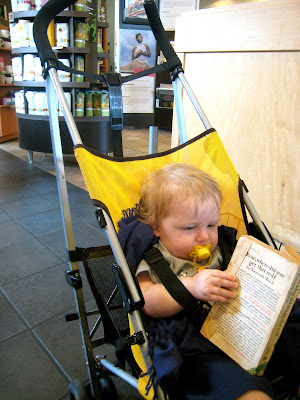 I want to be Finn's friend! Sounds fun!


We love poetry around here, although trying to coax perfectionist boy to try his hand is another thing entirely...
we're a poetry-reading society, apparently.

thanks
No one liked my free recycled ohdedoh idea- but I still do! free is free :)

I just adore this idea... but not as much as that last pix of your guy reading!!!

Finn's going to be a writer some day. Love it!

If you would like to talk about ads/sponsorships
please email me for rates.
Or just to say hello! xo
amytsharp at gmail dot com 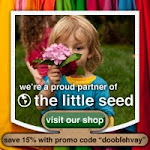